Stockholm Södras Chief Instructor Alex Tilly, was appointed national team coach last week by the Swedish Shorinji Kempo Federation. The Board has given him the task of designing both his own role and the criteria for inclusion in the national team. It is only now that a more formal national team is created. Previously it has been more loosely connected and up to each individual to plan their own training.

The first major goal is the World Taikai in Osaka, Japan, on 25 August 2013. But Alex also hope that the initiative will inspire practitioners from branches all over Sweden and contribute to the development of Shorinji Kempo in the country. The position is timely when Alex is focusing his professional career as a psychologist towards 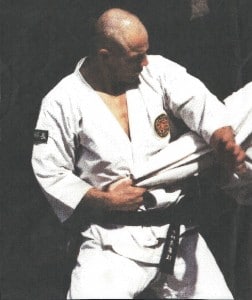