Home » News » A good day of training for our kōdansha 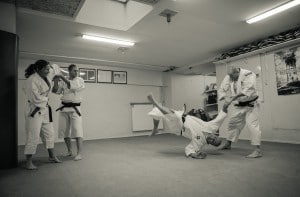 Practising okuri gassho konoha nage, Alex throws Anders and Lovisa is happily watching what is about to happen to her when Åke will throw her.

On Saturday the 20th of February we had a joint training day for those who are sandan (3rd dan) or above. A so-called kōdansha gōdōrenshū (which we also call “the veteran camps” sometimes). Six branches were represented and we had a total of 46 dan attending.

It was an intense day, with a lot of technique practice as well as discussions and exchange of experience with how we conduct the training in our respective branches.

We had a couple of hours with intense training in the morning, followed by a lunch where there was also a lot of discussions. The afternoon continued in the same way, and the day ended with some much needed seihō. 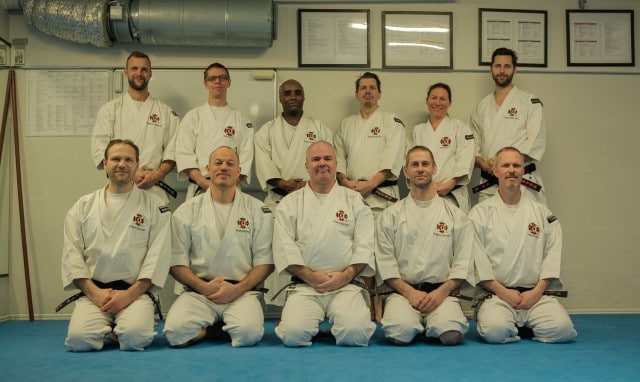 All the participants, six branches was represented, and we gathered a total of 46 dan. 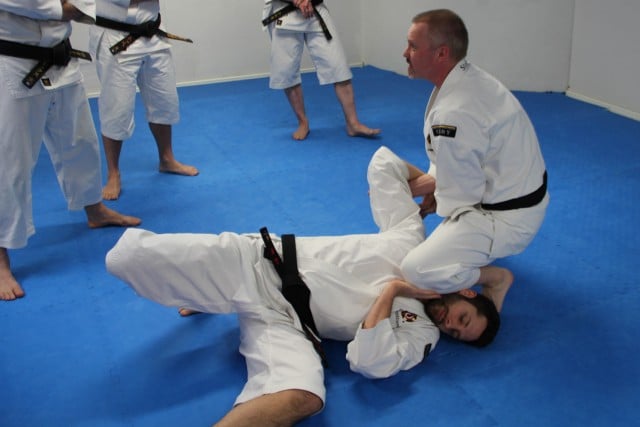 Stefan do ryu gatame on Kenneth 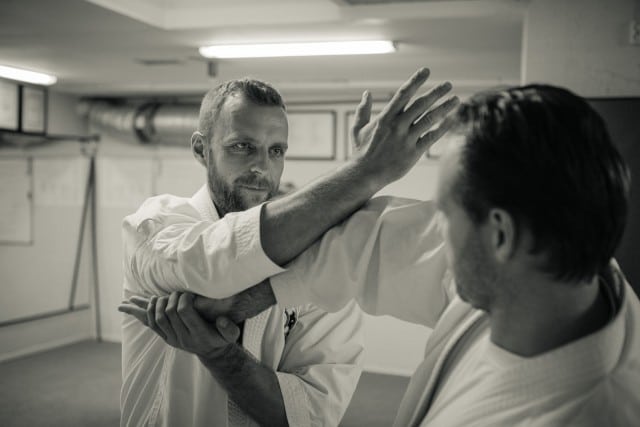 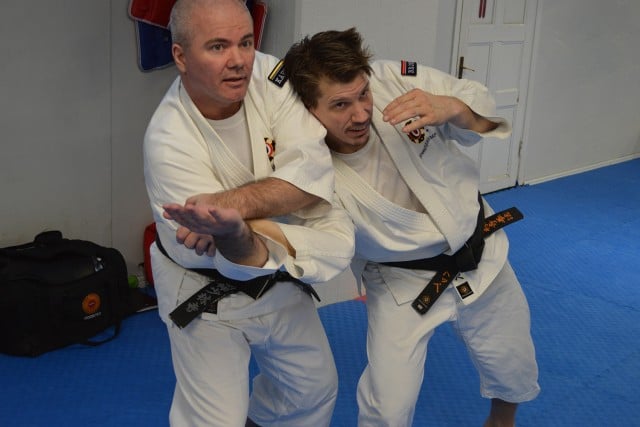 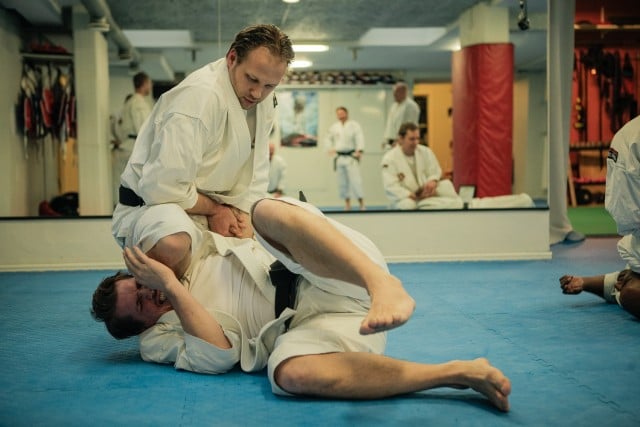 Tobbe looks like he is enjoying when Leif put on a lock on him. 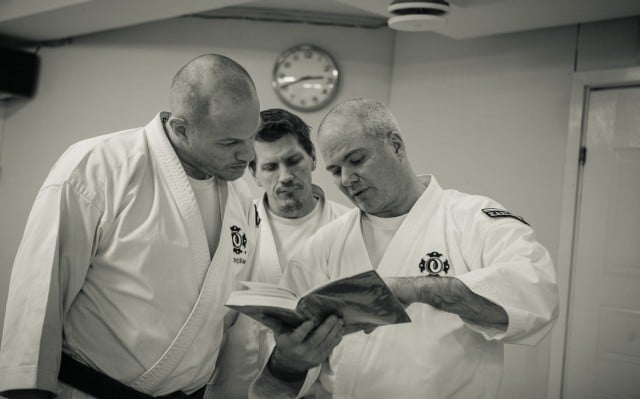 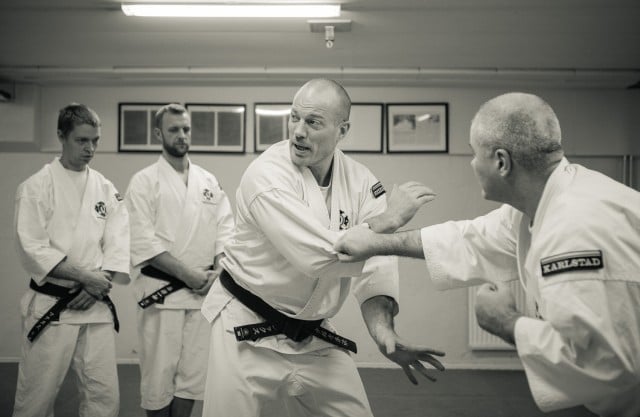 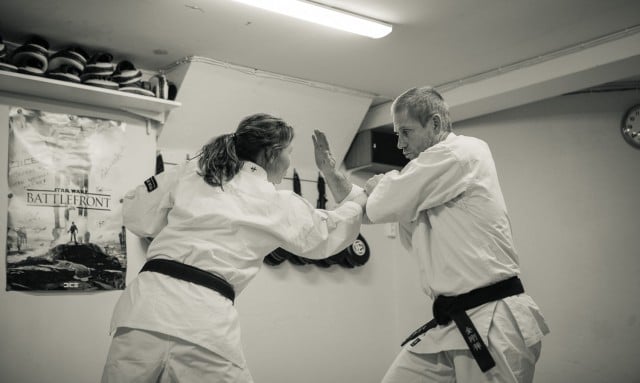 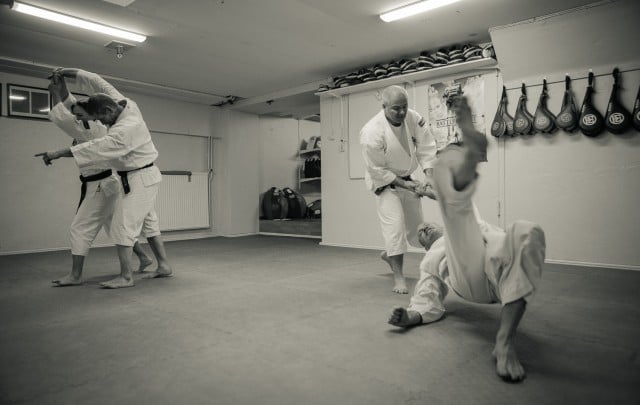 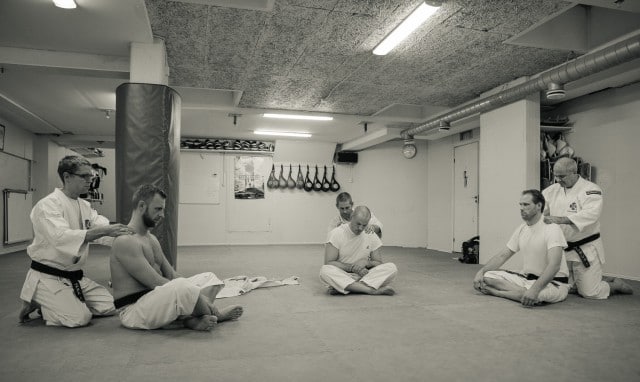 The day was finished with some well needed seihō.